From Why This Way
Jump to: navigation, search 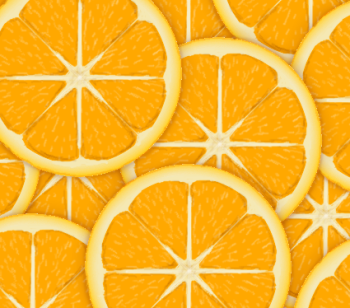 This page outlines the beliefs and practices of Why This Way surrounding food.

Our beliefs and practices about food aim to address many different issues:

We also are developing a system of food certification that is based on our beliefs and practices here.

Health of mind and body

The food one eats can influence mind and body in profound ways. As some examples:

The environmental impacts of food production

The production of food can involve negative impacts on the environment in many ways, such as chemical pollution from pesticides or other chemicals applied to crops, nutrient pollution from agricultural runoff, destruction of ecosystems as land is cleared for use in agriculture, and the spread of genetically modified organisms into natural ecosystems in ways that could alter them unpredictably. In our practices surrounding food, we want to address not only the food itself, but how the food is produced, and minimize and ultimately eliminate its negative effects on the environment.

There is no clear consensus in society about the degree to which animals experience feelings, including suffering or pain. Among people who believe in souls or assign spiritual meaning to the world, there is also no consensus on fundamental questions like whether animals have souls, or how animals are related to humans on a spiritual level. These differences in beliefs make it hard to reach a clear consensus.

Rather than debate these questions, we want to emphasize one key aspect on which there is a stronger consensus in society: abusing animals, or treating them with cruelty is associated with psychological problems for the person committing the abuse. A person's actions towards animals establish patterns of behavior which can extend into interactions with people. The relationship between abusing animals and abusing humans extends in both directions: People who are abused as children or witness childhood abuse are more likely to abuse animals, and people who abuse animals are more likely to commit violent crimes. See [1] and [2].

Rather than debate animal rights, we want to encourage people to agree that the humane treatment of animals is a worthwhile goal to work towards regardless of your particular views on animal rights.

Our ideals of food production, preparation, and eating

Healthy for mind and body

Food is inextricably linked to the healthy state described in our core beliefs. Two directly related beliefs are our beliefs that in the healthy state, people's basic needs are met, and that in a healthy state, people think clearly. Healthy food that covers the base of all essential nutrients is a basic need. Food also influences thoughts; a deficiency in various essential nutrients can manifest in various mental or pyschological symptoms, such as anxiety, depression, or irritability. These mental states are associated with various thought patterns and patterns of activity and communication which can conflict with our beliefs and our rules of communication. For example, people who are suffering from depression or anxiety are more likely to inappropriately use black-and-white thinking, or exaggerate, in their own thoughts.

Different people have different dietary needs based on different genetics, lifestyle, and other factors. People also engage in various food practices for practical reasons, or for religious or spiritual reasons.

Science can inform our understanding of which foods are healthy to eat. However, an overly scientific approach to food can cause problems if people come to count calories or other nutrients and stop focusing on food traditions and the enjoyment of food. People can also be misinformed by looking in isolation at specific scientific studies about food or nutrition, rather than taking a holistic approach and looking at the entirety of scientific knowledge surrounding food. Looking at isolated studies can lead to food fads, which can be harmful in a variety of ways. We thus want to use scientific research to inform our approach to food and diet, but we see science as only one part of our approach to food, which also includes a focus on food traditions and the enjoyment of food.

Eating with other people

Eating with other people, rather than alone, can have health benefits and can also contribute to a sense of community. For some people, eating with other people can be inconvenient or uncomfortable for various reasons, including the need to adapt one's eating habits to fit with other people's. Ideally, we would like it to be easy for people to eat together if they want to. We would like to have times and spaces for people to eat together in which there is no pressure for anyone to eat, but people can be there just to enjoy the social atmosphere.

Unhealthy ways of thinking about food

It's good to focus on eating healthy food to an extent, as well as enjoying food. Focusing too much on health or on specific aspects of food that relate to health can lead to an unhealthy obsession with food. Unhealthy ways of thinking about food include: